Posted on November 21, 2012 by AnElephantCant 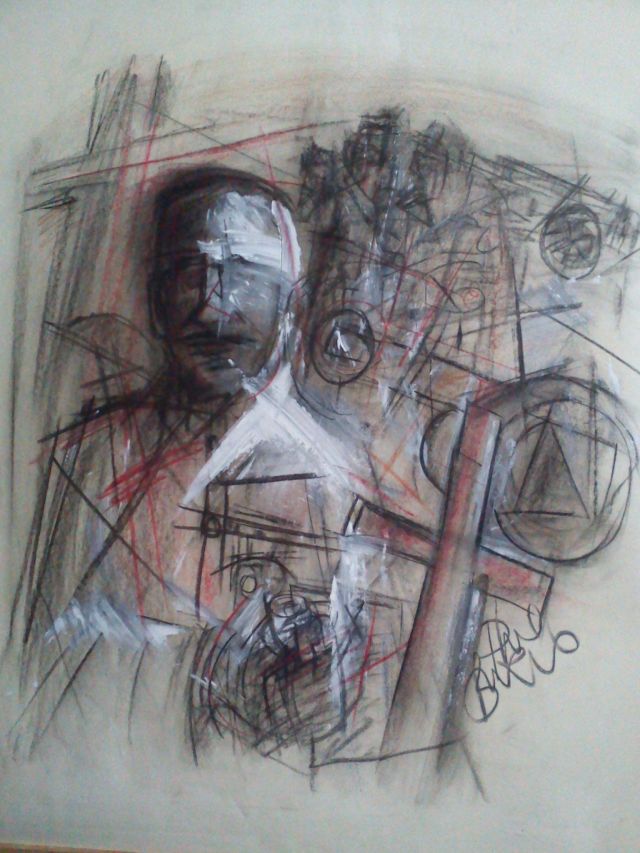 Just about the best person I ever met in my life was a Welshman.
He was also a Tory1.
So, zero from two, as the Americans say.
He also, for very good reasons unrelated to the above, hated me with a refreshing sincerity from the first time we met.

He drove a tank in North Africa, and then across Northern France and into Germany following the June 6th landings of 1944.
He was hugely amused that, even when I met him, more than twenty years after the war had ended, he had never sat a driving test.

Most of his stories took place in the days, weeks and months following D-day.
I can remember him talking, his voice soft and still distinctly Welsh after over thirty years in the West of Scotland.
And his father had been a Scot.

Jack was born Welsh, and he would die Welsh.

There were no heroes in our war.
I never was a particularly religious man, but each night I thanked God I was still alive.
Each morning when I awoke, my sole ambition was to live through the day.
Every one of my mates felt the same.
Officers would try to generate urgency, enthusiasm and aggression, but we just plodded on.
Not that we were cowards, mind, when we had to fight, by God we fought.
But we didn’t want to fight.
We knew the Russians were pushing Gerry back from the East and, even better, we knew the Yanks were desperate to be first to Berlin.
We were delighted to just be in a supporting role.
Most of us had spent two or three years in the desert.
We didn’t go looking for trouble.

We were heading east across France, through country lanes.
High green hedges, fields with trees for drainage.
Word came through all the time ‘Press on, press on.’
We went as slowly as possible.
If you were in the lead tank, there was a rotation system, see, but when you were in the lead it was much worse.
Every farmhouse, every clump of trees, every corner of the road with a high hedge or too much bush to see round, was a potential ambush.
We would stop about 30 yards short.

The gunner would curse for a few moments.
‘Why bloody me? Why bloody me?’ but he would already be unlocking the hatch.
Well, I was the driver, I wasn’t going anywhere, the Sarge, he was the TC2, see, so he wasn’t getting out.
And the radio op, well, he had far too much stuff all round about him!

So he would run along the road and keek around the corner, make sure there was nothing there.
Then off we’d go a bit quicker for a while, then slow again for the next corner.

Sometimes we’d get a message through the radio that a farmhouse or a church was an enemy post.
Then we’d shell it, or sometimes we’d follow up close and blast it with the flame-thrower.
‘That’ll give old Gerry a right warm arse’, we’d laugh, ‘Teach him a bloody good lesson!’

We never thought of Gerry as a person.
He was the enemy, he wanted to kill you, you couldn’t think of him as being real, having a wife back home, having kids at school, wanting to go down the pub with his mates.
No, he was a faceless monster, you wouldn’t stay sane otherwise.

Long after the war was over he started to venture abroad again, but never, to my knowledge, revisited France.

He returned to Germany many times, and indeed spoke a smattering of the language.
He and Jean, his wife, typically stayed in Bed and Breakfast style accommodation, ensuring maximum face to face time with the locals.

He was without bitterness at any level, having always understood the basic truth of war, that the side you fought for was never a matter of choice, just an accident of birth.

He knew that ‘Gerry’ was a person just like him, with a wife, maybe a son on the way, who just wanted to go home, have a night down the pub, sleep in his own bed.
And not die.

His grandchildren called him ‘The Yorkie3 Man’ because of his practice of having a supply of chocolate bars stored about the house. They loved him for his gentleness and patience, his tolerance and his understanding.

Almost 30 years after his death, my wife and children still miss him.
So do I.

3 Yorkie – a chocolate bar popular at that time

18 Responses to The Yorkie Man