Posted on September 1, 2014 by AnElephantCant 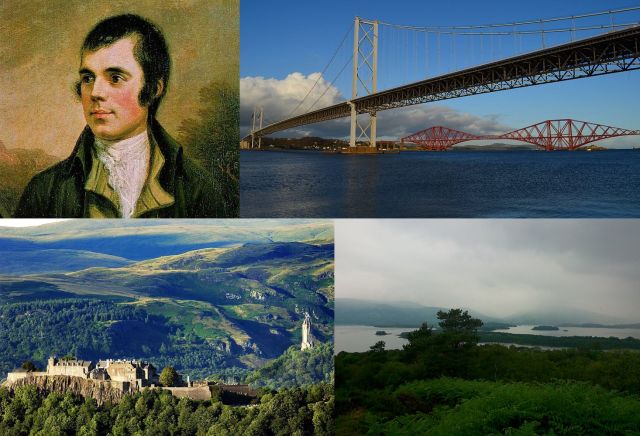 Almost everyone knows this joke.
Gabriel sees God making the world.
He watches in amazement as God creates a land of mighty Munros clad in purple heather, great lochs, and fast flowing rivers, teeming with salmon and trout.
It has a beautiful broken coastline of rocky cliffs and sandy beaches.
God has marked the spots where world-famous castles, bridges and golf courses will be built.
Wow, says Gabriel, I guess you will make the people inferior to balance out this beauty?
Au contraire, says God, who sometimes likes to show off his learning, the people are admirable.
Poets, writers, thinkers, philosophers, inventors, medical pioneers, explorers – this is a nation which punches way above its weight.
So no natural resources then, make life hard, is that the plan?
No, Gabe, they will have an ultra-abundance of everything they need to prosper.
So is there no downside to this paradise?
And God chuckles, Just wait till you see their neighbours!
But now there is a new punch line to this old joke.
These people were sold out for gold and have been ruled by the majority voice of these neighbours for 300 years.
Now at last they have the chance to reclaim this heaven on earth for themselves.
But, guess what, G, says God, some of them say No!
And Gabriel laughs till the tears run down his face.

4 Responses to The Joke